Teeth whitening is a painless, non-invasive procedure with a highly aesthetic result. It lightens hard dental tissues through the use of chemicals. 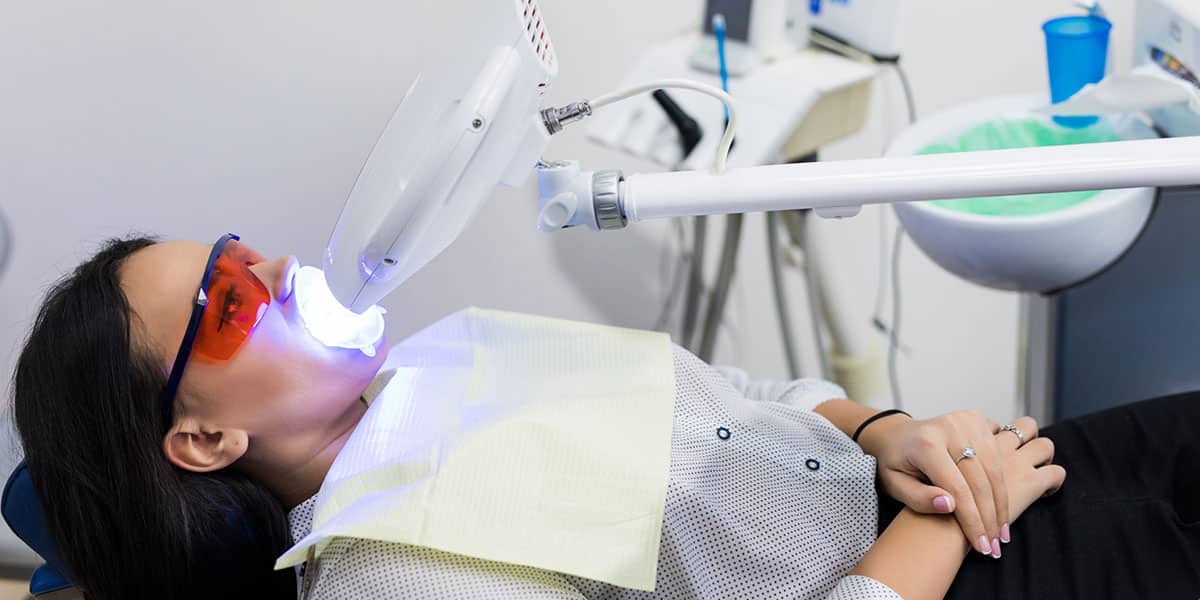 After more than 20 years of observations on the whitening effect, it is established that it has no negative or destructive consequences for the dental tissues, neither at macro nor at micro level.

The effect achieved depends on many side factors, most notably the consumption of coloring foods and beverages, as well as tobacco tars, hygiene habits and regular brushing.

The only thing that is certain is that the color of the teeth can never return to the original.

You can find out more about which cookies we are using or switch them off in settings.

This website uses cookies so that we can provide you with the best user experience possible. Cookie information is stored in your browser and performs functions such as recognising you when you return to our website and helping our team to understand which sections of the website you find most interesting and useful.

Strictly Necessary Cookie should be enabled at all times so that we can save your preferences for cookie settings.

If you disable this cookie, we will not be able to save your preferences. This means that every time you visit this website you will need to enable or disable cookies again.

This website uses Google Analytics to collect anonymous information such as the number of visitors to the site, and the most popular pages.

Please enable Strictly Necessary Cookies first so that we can save your preferences!

Please enable Strictly Necessary Cookies first so that we can save your preferences!